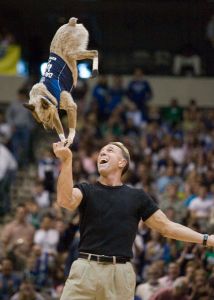 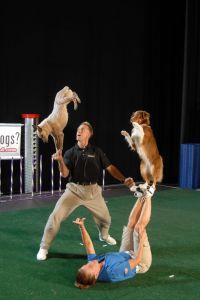 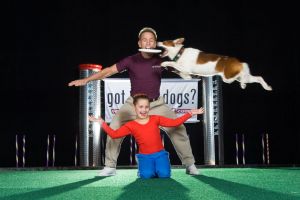 This show is a non stop, action packed Canine Thrill Show that showcases Amazing Dogs and their handlers performing to upbeat music from different eras. Plenty of crowd participation, the audience will root for their respected teams in an exciting head to head competition, that will showcase a number of energetic sporting elements such as Speed Agility, Weave Pole Racing, Trick Frisbee, Dock Diving and plenty of Novel Pet tricks . The show educates the importance of Pet Adoption as most of the Performing dogs have been rescued from various shelters through out the Country. Cool, Colorful props, along with a new variety of breed dogs, fresh, clean cut, friendly and energetic Handlers will keep the audience clapping and on the edge of their seats from start to finish. Fun for all ages, this show will be a Park favorite!

This show is a non stop action packed Stunt show that showcases Amazing Kids demonstrating their Gymnastic skills and Incredible Dogs negotiation aerial maneuvers and competing in a variety of competitions that has plenty of crowd participation and also educates the importance of Pet adoption as most of the performing dogs have been adopted or rescued from shelters around the country. One of the high lights will be the segment called Can You Top This where the Kids and dogs go head to head to see who can pull off the coolest stunts and the audience decides on their applause. A fun filled, action packed thrill ride that will have the audience cheering for more!