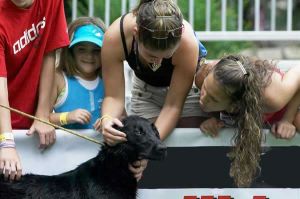 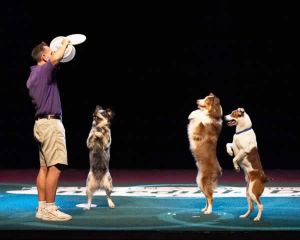 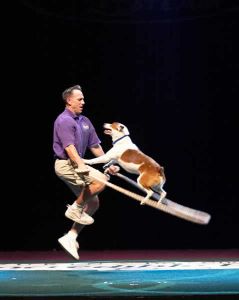 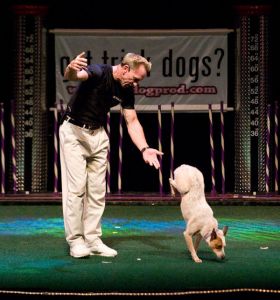 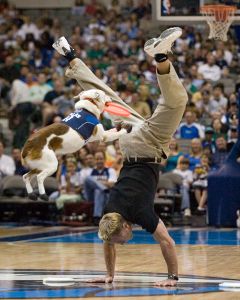 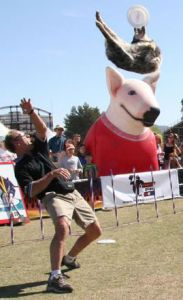 Our entertainment shows have received top ratings and reviews from theme parks, state fairs, professional sports half-time events and corporate events for over 20 years. Our trick dogs have amazed fans across the U.S., Canada, South America and overseas. 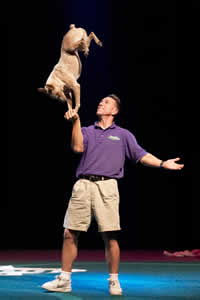 "One of the most popular half-time shows we have had in years! "

"Our crowds gave Lou and his amazing dogs a standing ovation. It’s was a first for us! "

"Lou knows how to keep our fans on the edge of their sets, and upbeat for the second half! "

"Lou Mack delivered exactly what he promised and more! "

"A total pro and very easy to work with! The show broke attendance records! "

"Incredible energy, clever scripts, professional setup and props. One of the highlights of our fair! "

"Our patrons look forward to Lou Mack’s dogs and his productions year in and year out! "

"We had over a hundred thousand in the stands and they all were screaming for Lou and his Dogs. Great Job! "

"Incredible Dogs!  Lou and his dogs are invited back anytime! "